For athletic schedules, please visit your school's website calendar or view the specific athletic information page found under the Get Involved menu of the school website.  For a complete listing of schools and links to their websites, visit the schools page.

Any spectators who wish to attend athletics events must purchase tickets online via GoFan.  Cash payments will not be accepted after November 12, 2020 in order to minimize physical contact.  Passes will not be granted.

Any spectators who do not follow the protocols below will be asked to leave the venue.

Our students may participate in the following sports:

To obtain scores for your favorite teams, please refer to:

All AHSAA forms, including forms for participation consent, concussion information, and physicals, can be found on the AHSAA forms website.

Who was Milton Frank? 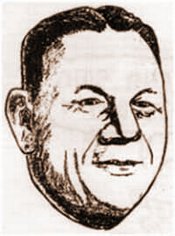 Milton was a graduate of the University of Tennessee, where he played football. In 1934 after he graduated, he came to Alabama to be the head football coach and a teacher at Huntsville High School. Once he moved to Huntsville, he was a resident of this city until his passing away on April 10, 1967. He is buried at Maple Hill Cemetery in Huntsville.

During his tenure at Huntsville High School, he directed the athletics department, then resigned in 1946 to enter the jewelry business. He was a co-owner with his brothers, M.W. and Richard, of Rose Jewelry Store in Huntsville and Decatur, Alabama, as well as a store in Pulaski, Tennessee.

Milton Frank was a past president of Temple B’nai Sholom in Huntsville, and a member of the City Board of Education for five years before his death, serving as Chairman of the Board in 1966.

A few weeks before he died, the State Legislature changed the name  of “Huntsville Stadium” to “Milton Frank Stadium” in honor of him.

In 1989, the Huntsville-Madison County Hall of Fame inducted Milton Frank as a member of the Hall of Fame.

Huntsville City Schools is implementing new restrictions on the types of bags that will be allowed inside football stadiums, athletic fields, and gymnasiums for HCS hosted athletic events. The purpose is to provide enhanced security in the interest of improved safety for all attendees and participants.

Individuals are encouraged not to bring any types of bags inside HCS facilities during athletic events.  However, the following types of bags are permitted:

The public will still be allowed to carry items such as binoculars and cameras inside stadiums, athletic fields, and gymnasiums in a permissible clear bag.  Individuals may bring one large clear bag - either a one-gallon Ziploc style bag or the 12" x 6" x 12" clear bag - plus a small clutch that does not exceed 4.5" x 6.5". The small clutch allows privacy for small personal items and is easily searched.

Blankets are permissible during inclement weather and must be tossed over the shoulder or arm.

A student who attends a magnet school that does not offer interscholastic athletics may participate in athletics at the student's home school within the same school system if all eligibility requirements are met.  The home school is based on the parents' residence.  If a magnet school has athletics, the overlapping school rules apply (see below).