Huntsville City Schools hosted 24 middle school teams from across the Southeast at the Whitesburg 90s GreenpowerUSA F24 races on Saturday, October 19th at Whitesburg School. Teams travelled from across Alabama, Georgia, and Tennessee to race electric vehicles designed and built by the students for the competition. 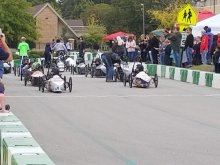 Drew Sparks, the Lead Instructor for Huntsville City Schools Greenpower, says the STEM based program has “been growing like wildfire across the country,”  adding that it’s a “great way for kids to get hands-on learning” in the areas of science, technology, engineering and math. Huntsville City Schools is seeing results for the efforts with two national champion teams last year and nine others placing in the top ten.  Mr. Sparks says, "HCS teams showed perserverance, determination, and made me very proud." 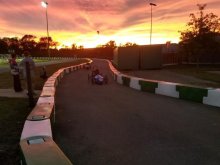 Greenpower is a STEM based initiative that engages students by using these skills to design, build, and race an electric car.  Each team is given a strict set of guidelines and are required to use the same standard motor and batteries in the vehicle.  Greenpower USA was launched here in the U.S. by Huntsville City Schools back in 2014 as an innovative way to expand STEM related education to students. The program has since grown and has school districts in several states that participate. Huntsville City Schools has Greenpower programs throughout the district, with racetracks located on the campuses of  Whitesburg, Jemison / McNair, and Grissom.  The Greenpower Initiative began in the United Kingdom in 1999, and now has programs in not only the U.S., but South Africa, China, and Poland.

Below are the rankings for this weekend's race by category: 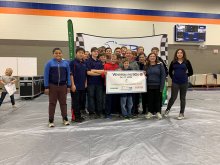 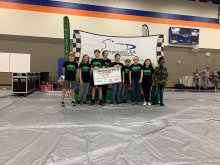