Congratulations to Ms. Clarice Pippin, a collaborative life skills & self-contained teacher at Lee High School, who has been selected as an HCS Changemaker!

Ms. Pippin says that the biggest influence on her becoming a teacher were her parents, especially her father.  Both were teachers, but her father taught special education at the same high school she attended.  She would spend a lot of time in his classroom interacting with the kids, which sparked her interest in working with students that have severe special needs.  She says, “When I watched my father interact and teach the kids, he gave them some kind of joy.  It was like a spark [that] he gave them.”  She explains that he would give them fifty cents just to come to school.  “Where I’m from,” she adds, “that meant a lot.”  She wanted to be able to give the same kind of interaction, affection, and joy that she saw the students receive in her father’s classroom. 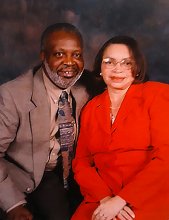 “She is probably an angel here on earth,” says Lee High Principal Tony Woods, “I’ve never ever seen her in a bad mood, and I’ve never ever seen her turn her back on a child.”  In addition to teaching in the self-contained classroom, Ms. Pippin is also the cheer sponsor and on the prom committee for Lee High School.  Mr. Woods points out that she doesn’t just help the students at the school, but “she will go to the house… she helps them during the summer too.”

Ms. Pippin has taught a variety of students in the many years she’s been at Lee High School, each with their own varying individual levels of need.  She says that each year presents new challenges, but she never backs down from those challenges.  Her students learn to cook, clean, and visit the butterfly gardens at the Lincoln Academy, attend Special Olympics, participate in face-to-face job interviews, and work for career preparedness and placement.  Each of her students requires individualized planning and she works with them one-on-one as much as possible to prepare them for meaningful lives after high school.

When she isn’t teaching, Ms. Pippin loves to travel.  She’s taken cruises and trips to the Bahamas and Jamaica and is hoping to go on safari to Africa next.  She also has a passion for makeup and aesthetics and will often work at weddings or other events.  Recently, she has begun to do nails as well and will bring her kits into the classroom for the female students to practice with.  She also loves dancing and says it’s not unusual for her family to break out with line dancing at special events.

Ms. Pippin says that some people can look at students like hers and focus on what they can’t do, but she says that with varying levels of support they all have the capability to live independently to some degree.  She wants to make sure they know to not let others tell them what they can’t do.  Many of her former students now work successful jobs.  One of them has even become a colleague that works alongside her at Lee High.

In the words of Ms. Pippin, “There’s something for everyone to do to contribute to society.”  After their time with her, all of her students learn just how true that statement is. 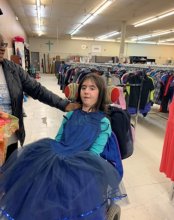 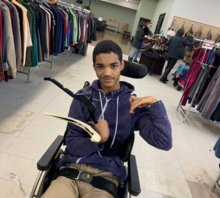 Teachers selected as an HCS Changemaker receive gifts from SchoolCraft.
Tags:
Changemakers
Back to top