Both teams qualified for National competition based on their performance at the Alabama State Conference earlier this year. At the State conference, Grissom High School won first place in their only event: Computer Aided Design, Engineering. HCMS STEM entered 17 events in engineering design, scientific research, and creative arts, placing 1st, 2nd, or 3rd in ten of the events. This represents the largest number of awards they have earned in seven years of competing at the State conference.

The Grissom High School TSA team is sponsored by Maureen Christie while the Hampton Cove Middle School team’s faculty sponsor is Melissa Snider. Financial support for the HCMS trip to TSA Nationals came from Huntsville’s Pathfinder Chapter of the Association of Uncrewed Vehicle Systems International (AUVSI). This is the fourth time HCMS has qualified to attend TSA Nationals; the grant from AUVSI made the trip feasible for the first time.

The TSA National Conference has not been held in-person since 2019. Approximately 5,000 students, teachers, and parents convened at the Gaylord Texan Resort in Dallas, TX from June 26-30 this year. Next year’s event will be held in Louisville, KY. The two HCS teams have already begun their preparations with a lesson in properly pronouncing the city’s name (LOO-vul). 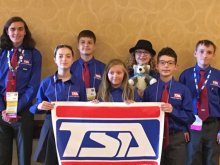 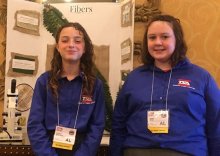 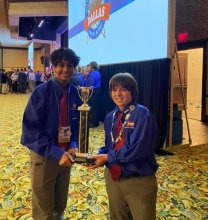 HCMS Students with Awards at TSA.jpg 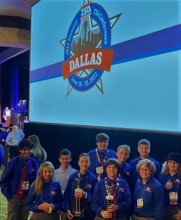