The Creative & Performing Arts Magnet Program at Lee High School (LHS) hosted the exciting annual Walter J. Trumbauer District Festival for the second time this past weekend.  Led by LHS Magnet Theatre Director James “Chris” Carter for the third year in a row as District Chair, the two-day festival included a variety of events for over 1,000 students and 200 volunteers and judges from 19 different schools across North Alabama.

“There’s a whole lot of theatre happening here,” said Carter, listing a wide variety of plays, musicals, studio pieces, monologues, duet and group scenes, and more.  He went on to add that while there is a competitive nature to the festival, the main focus is really on celebrating student art and enjoying the chance to see what others are doing across the region.

LHS theatre student Timothy Perkins said, “I love Trumbauer because you get to watch other people work, […] you never know what somebody’s going to bring.”

Named after Walter J. Trumbauer, a professor of theatre at the University of Montevallo, the festival seeks to highlight performances of student theatre artists, introduce professionals to young performers, and recognize the best performers and designers in the state. The festival has become a tradition that every theatre student in Alabama looks forward to and remembers long after graduation.

“The really good thing about Trumbauer,” said LHS theatre student Olivia Costley, “is that so many kids get to see other kids doing exactly what they do, and so you get a sense of community almost.”

Students qualify for the state competition by earning a rating of “superior” based on their performances, and at all levels of the competition qualified teachers, professionals, and theatre practitioners provide feedback to students so they can improve their theatrical skills.

The Trumbauer State Festival will take place on December 1-3 at Troy University. 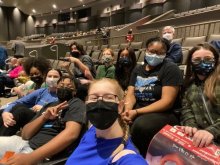 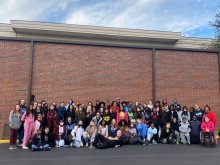